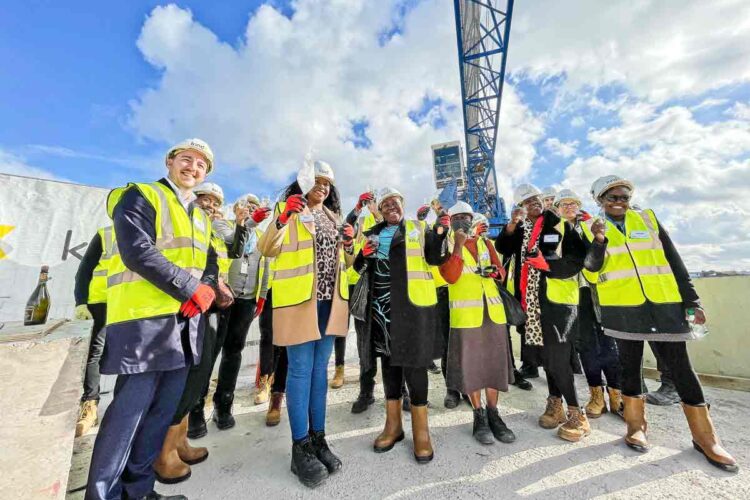 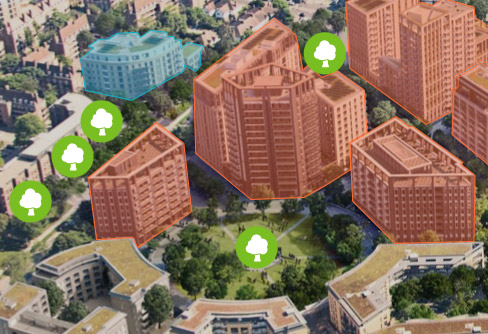 A former Brixton resident and member of the Windrush Generation was honoured today when a block of 50 new social housing units named after him was “topped out”.

Keith Shaw came to Britain in 1951 when he was 16 and joined his mother who was living in Brixton.

As well as becoming an electrician and well-known local figure, he helped establish the Metropolitan housing association and lived in one of its homes for more than 50 years. He died in 2018.

Metropolitan has now become Metropolitan Thames Valley Housing (MTVH) and today (25 October) organised a ceremony to mark the completion of the basic structure of the new KeithShaw House on Kings Avenue, part of the Clapham Park estate. 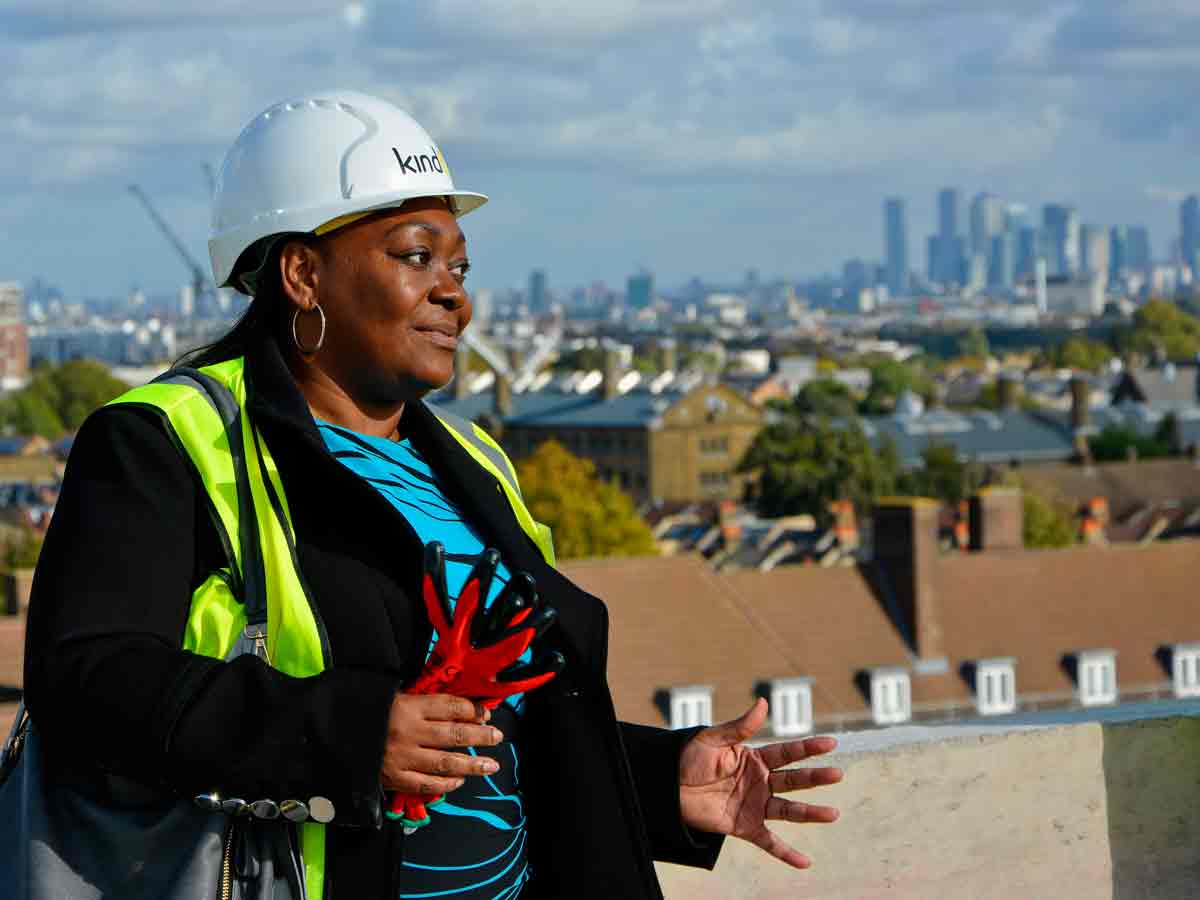 Sharon Shaw speaking at the ceremony.

KeithShaw House will stand on a street to be named after Donna C Henry MBE, a Clapham Park resident who was instrumental in kickstarting the area’s regeneration.

It will house 50 affordable homes, part of the massive and continuing 15-year Clapham Park regeneration scheme, which MTVH has been working on since 2008.

The decision to name the building after Keith Shaw followed a call for local people to suggest names of Metropolitan residents.

Donna C Henry headed a group of residents who drew the attention of Lambeth council to the social, economic and housing problems of the Clapham Park estate in the late 1990s.

She campaigned for the neighbourhood to receive New Deal for Communities status, setting in motion change that developed into the regeneration work that continues today.

She chaired the Clapham Park Project for 15 years until her death in 2020.

Sharon Shaw, who herself works for another housing association, London & Quadrant, said: “It is wonderful to know that my dad’s name will live on in this way and that the housing association he was so influential in establishing is continuing to make such a positive impact on the local community.

“This new block will be a great tribute to his work and his commitment to ensuring that everyone has access to quality and comfortable housing.

“He would have been so thrilled to know that the people in the community which he was so proud to be a part of, will have a wonderful new home bearing his name.” 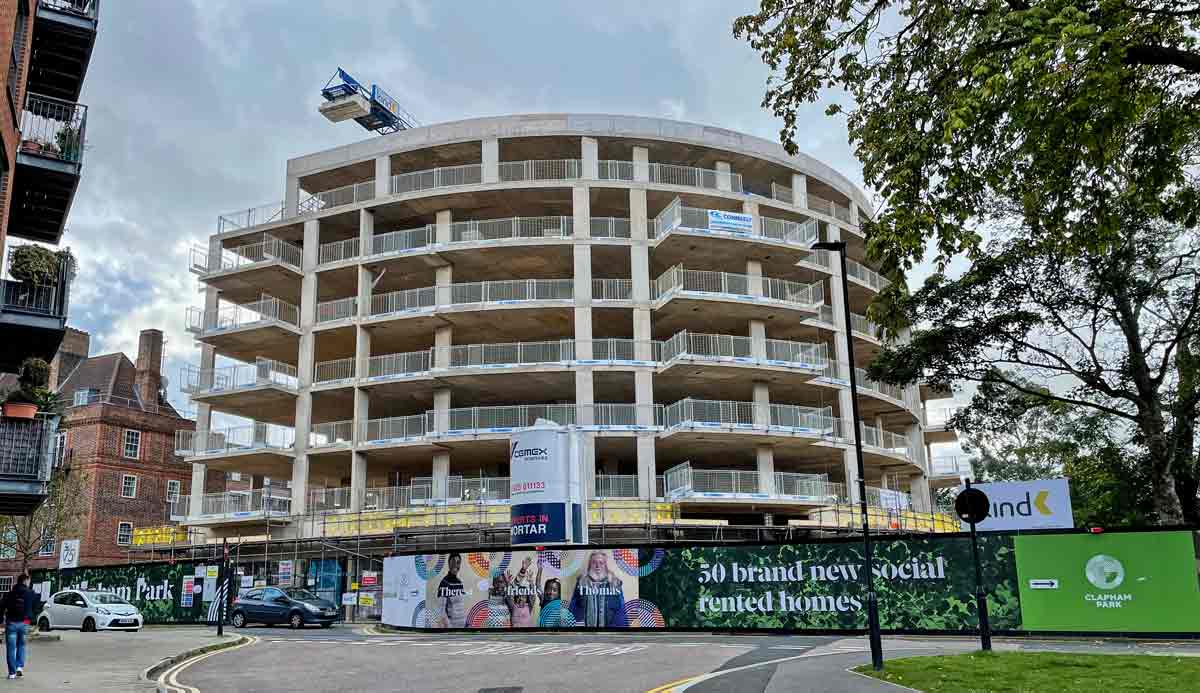 Geeta Nanda OBE, chief executive MTVH, which is overseeing the regeneration of Clapham Park, said the ceremony was an important milestone in this project and, “as we mark Black History Month, a timely reminder of the huge contribution that pioneers such as Keith and the entire Windrush Generation have made to our society.”

“We are delighted that local social housing tenants currently living in older, poorer quality housing will soon be able to move into KeithShaw House and other high-quality accommodation,” he said.

“We are also working hard to ensure that local residents benefit from the jobs, training and apprenticeship opportunities that this development brings. 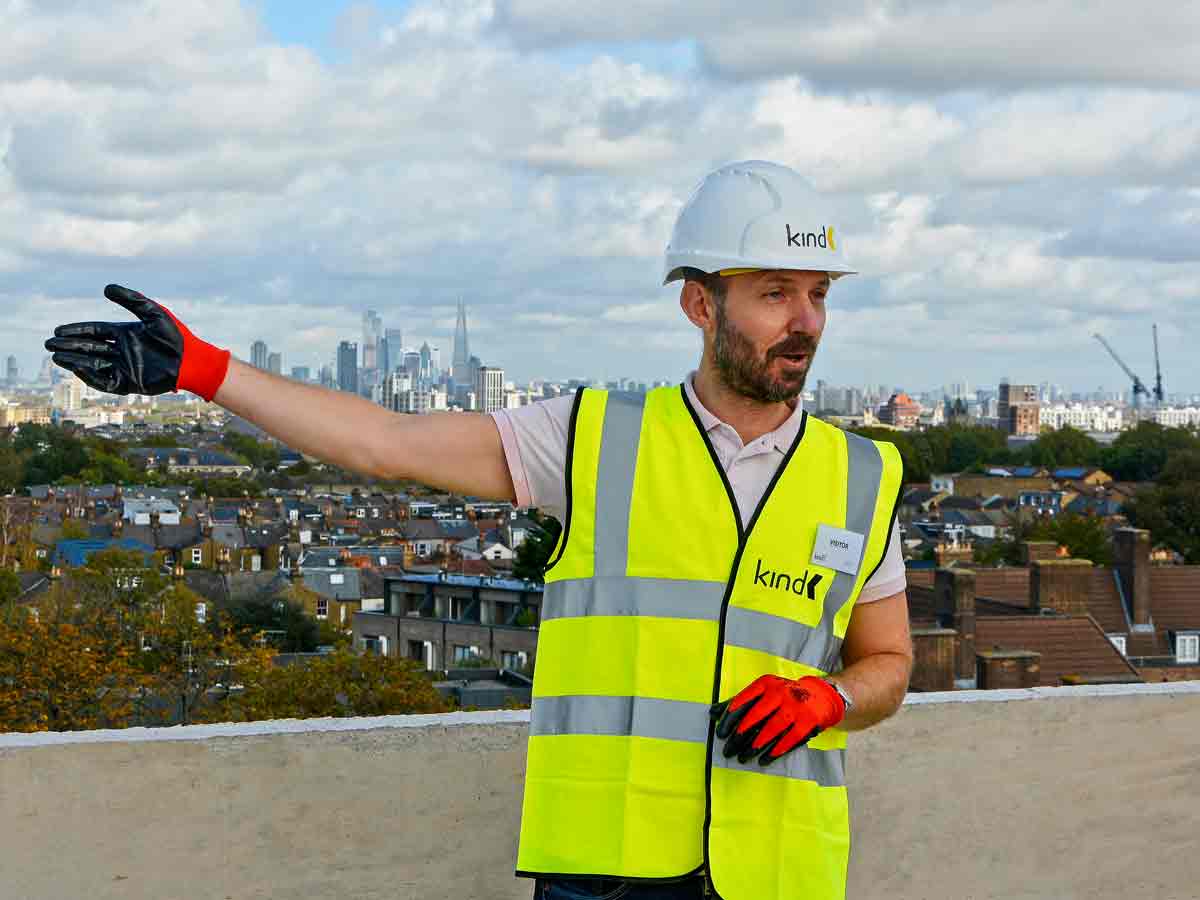 “Clapham Park regeneration is renewing and creating community facilities including a nursery, a children’s centre, schools, parks, shops and the Cube community centre.”

Scheduled for completion in October 2023, KeithShaw House will include 50 homes, comprising 41 apartments and nine houses for affordable rent.

Residents will be existing Clapham Park tenants, getting “a significant upgrade in accommodation and quality of life,” MTVH said.

When completed the Clapham Park project, which spans 36 hectares and lies between Clapham, Brixton and Streatham Hill, will have more than 4,000 homes and new community spaces and green areas.

KeithShaw House is spelt that way because the names of new streets and buildings must be distinct enough to avoid confusion for emergency services with existing locations, and London already has a Keith House and a Shaw House.

It is the second major Clapham Park project built by Kind & Company which was established in 1945 in response to post-war housing demand and is now an employee-owned trust and a principal contractor operating in London and South East England. 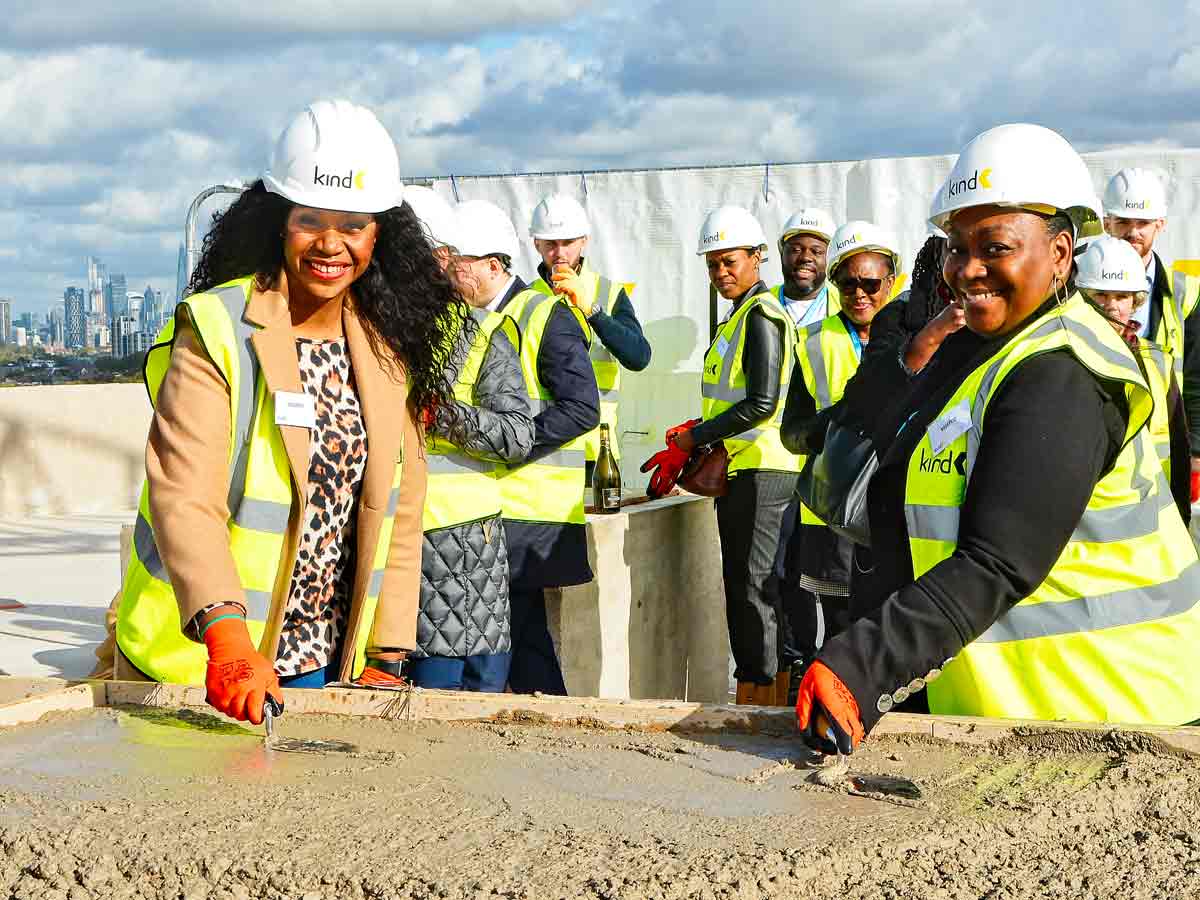 ‘We all worked hard together to make it happen’

A chance meeting with Molly Huggins, wife of the Governor of Jamaica, saw the start of Keith Shaw’s involvement with Metropolitan.

Molly Huggins was troubled by the poor state of the housing in which people arriving from the Caribbean lived.

“She encouraged the council and her friends to donate towards the cost of buying properties and converting them into flats,” said Keith, who helped her fundraise for the charity’s first homes. 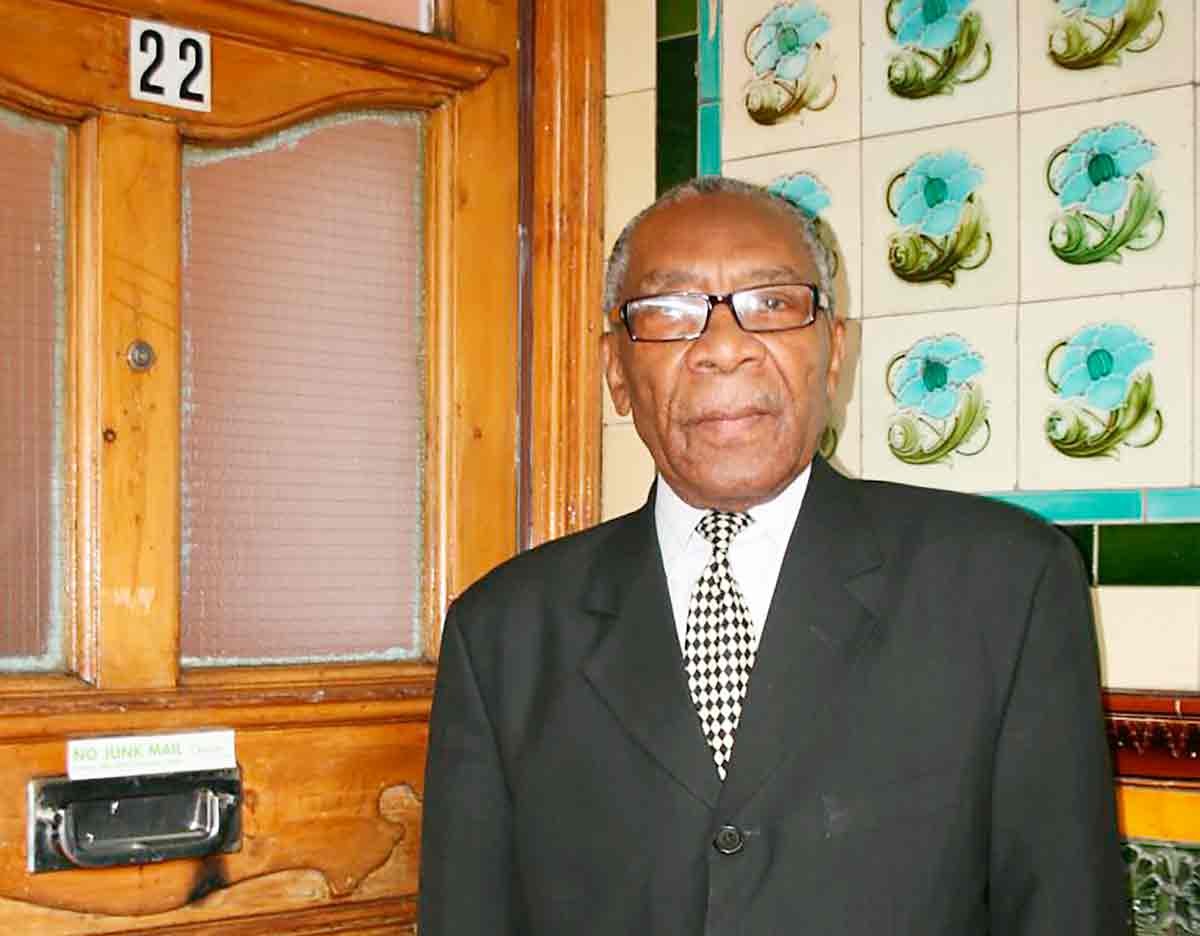 Keith Shaw outside his Metropolitan flat in 2018.

“I also worked on the buildings myself. It was hard, physical work,” he said in a 2018 interview.

He renovated the flat in which he lived for more than 50 years. When he moved in, it was waterlogged, with no floorboards nor plasterboard on the ceiling.

“I lived in the front room until the rest of the home was completed,” he said. “It took a while to finish because we didn’t have much money, but we all worked hard together to make it happen.

“I used to pay about £9 per week for my rent. Back then we had coal fires, paraffin lamps and we’d cook on the landing.

“The toilet was at the bottom of the garden and we had no fridge, so we’d put meat on the window ledge to keep it fresh.”

You can find out more about which cookies we are using or switch them off in settings.

This website uses cookies so that we can provide you with the best user experience possible. Cookie information is stored in your browser and performs functions such as recognising you when you return to our website and helping our team to understand which sections of the website you find most interesting and useful.

Strictly Necessary Cookie should be enabled at all times so that we can save your preferences for cookie settings.

If you disable this cookie, we will not be able to save your preferences. This means that every time you visit this website you will need to enable or disable cookies again.